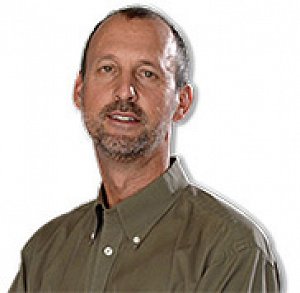 Rollins “Rye” Syfan was educated at Cal Poly, San Luis Obispo, graduating with a degree in Civil Engineering with an emphasis on structures and soils in 1983. After being hired by Stephen Taylor at Vincent Kevin Kelly & Associates, Rye quickly rose to the position of senior design engineer. In that position he was in charge of the design of residential, commercial, and amusement park projects including record-holding roller coasters.

In 1986 Rye moved to Laguna Beach to form Syfan Consulting, which began as a private consulting company specializing in the computer modeling of high-rise concrete buildings. Later the company became Syfan-Zack Engineers, focusing on the design and construction of exclusive homes built on challenging canyon hillsides.

Rye moved his young family to the Central Coast in the early 1990's. Shortly after the 1994 Northridge Earthquake he and Stephen formed Taylor & Syfan. Together they worked tirelessly to create the dynamic company it is today. A gifted computer programmer, Rye created many proprietary engineering and management software programs at a time when most firms were still predominantly doing hand calculations. While at Taylor & Syfan Rye specialized in large scale mixed-use projects, historic retrofits and forensic engineering. In 2014 Rye retired to focus on family and life.

Working together for over 20 years Steve and Rye began the evolution of their partnership into a 100% employee owned company that will always embrace it's Founders' ideals of engineering innovation, client satisfaction and employee satisfaction.