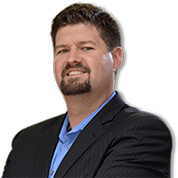 Garrett Mills was educated at Cal Poly, San Luis Obispo, graduating with a B.S. degree in Architectural Engineering with minors in Spanish and Ethnic Studies.

Just prior to graduation, Garrett started his ascent through the ranks at T&S Structural Engineers, starting out as a project engineer in the Central Coast office. Garrett moved to Southern California in 2005 to strengthen the Pasadena office team and was subsequently asked to become the Chief Engineer of Los Angeles operations and a principal in the firm.

Today Garrett oversees the majority of the firm’s work in Southern California. While managing operations in Southern California, Garrett completed his Master’s Degree in Structural Engineering at the University of California Los Angeles with an emphasis on non-ductile concrete structures and performance-based design. Garrett has a strong commitment to community service and has traveled to Haiti on multiple occasions with eMi (Engineering Ministries International) where he has collaborated on several dozen structures for community development organizations and assessed the level of damage to several structures affected by the 2010 earthquake.